The familiar phenomenon of Adaptation is an extension of the fluid text that embraces a remarkable range of genres and media: not only “announced” adaptations in plays, opera, films but also bowdlerizations, abridgments, illustrated editions, children’s versions, comic books, art works, popular music, and even cultural memes. Translation is probably the most transformative version of adaptation, as every word of the original is revised into the idiom of a different language.

Standard scholarly editions may mention or even list adaptations as evidence of a writer’s reputation. But because adaptation is almost always non-authorial, generally unauthorized, and often posthumous, editors seeking only to establish an author’s intended text have no theoretical basis for editing adaptations alongside the authorial original. However, in fluid-text editing, adaptation is taken as a form of revision, and what we call “adaptive revisions” are versions of the original, regardless of authorship. Broadly conceived, adaptations represent a culture’s re-writing, indeed interpretation, of the work itself; they embody the adaptors’ transformation of the work, in their own image (so to speak), which may either affirm or resist an audience’s expectations, needs, and ideologies in an evolving culture. The study of adaptation explores the deeper cultural anxieties that compel adaptors to revise another person’s writing, or compel audiences to provide markets for these adaptive versions. Fluid-text editing seeks to establish an integrated corpus of originating works and versions for the emerging field of Adaptation Studies.

Editing Adaptation as an integral part of a writer’s fluid-texts is daunting even in a digital environment like MEL. We will address the challenge as part of our editing of Typee and “Benito Cereno,” taking on two kinds of adaptive revision, each radiating in a different direction from the focal work. Our conventional notion is that adaptation is “post-original”; it derives from a preceding originating work. But a so called “original” is itself the result of adaptive revision when the writer appropriates—that is revises—a source in the making of that writer’s “original.” Source appropriation is essentially “pre-original” adaptation.

Though Typee draws upon many sources, MEL’s editing of adaptive revision in Typee will concentrate on a range of post-original works. As noted in Editing Typee, adaptations of Typee (1846) emerged almost immediately in 1847 with Samuel Goodrich’s sanitized excerpts in the children’s magazine Robert Merry’s Museum. Also that year, the book was translated into German. The twentieth century saw the emergence of illustrated editions, comic books, an unproduced screenplay, and two adventure films, as well as the eruption of Typee translations in various Romance languages. Editing works like these begins with building a Descriptive Bibliography that lists and sequentializes the corpus of adaptive revisions. Apart from digitizing texts, images of art works and books, and audio-visual recordings, the task of giving users access to adaptations requires their curation in a robust database, like OCHRE, capable of accommodating a full range of media formats.

Navigating revisions from text-only versions in manuscript and print to similarly textual adaptive versions requires editors to match (or “collate”) comparable words, lines, paragraphs, stanzas, scenes, and episodes, which, in adaptation, may bear only remote resemblance to the original, or may not exist at all. The challenge of this kind of asymmetric collation (that is, comparing dissimilar rather than similar textual units) is compounded when we consider the intermedial collation of words and images, in the visual, musical, and kinetic arts.

The pre-originating dimension in adaptation is a writer’s use of sources, a phenomenon discussed more fully in Editing “Benito Cereno”. Though Melville drew heavily from personal experience in most of his writing, he relied on research to supplement his experiences and often enough quoted or appropriated without acknowledgment sources into his fictions. “Benito Cereno” is essentially a retelling of events found in Chapter 18 of Amasa Delano’s 1817 Narrative of Voyages and Travels that includes exact and revised word borrowings. In MEL’s fluid-text approach, we consider “Benito Cereno” to be essentially Melville’s “version of Delano.” With this critical perspective and in light of the volatile pre-Civil War years in which “Benito Cereno” appeared, Melville’s adaptive revision of Delano is a cultural transformation of an old story for a new audience that challenges antebellum complacencies. How Melville transforms Delano’s language is concrete evidence of the dynamics of Melville’s narrative technique.

Our integrating of the Delano source and “Benito Cereno” will serve as a model for future editing of Melville’s use of other sources in other Melville works. Some sources can be stored in MEL’s Archive, but our goal is also to link MEL to sources collected in other archives, most notably Melville’s Marginalia Online (MMO), a digital archive of books from Melville’s personal library, directed by Steven Olsen-Smith. Eventually, too, we hope to link MEL editions to our collection of Melville’s art prints and to Melville’s Print Collection Online (MPCO), curated by Robert K. Wallace. Negotiations among MEL, MMO, and MPCO are underway to develop shared technologies that will enable the three sites to interoperate.

MEL is sponsoring editorial, critical, and pedagogical projects related to adaptation that will be featured in the Projects section of our website. 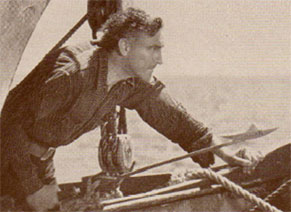